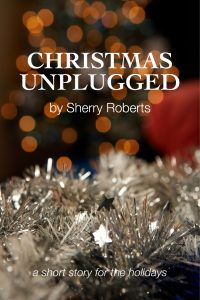 Jenna already has her lights up, of course. I would have mine up, too, except ever since Sam fell into the Grand Canyon, I have been a little behind on things. I told my husband, leaning over the edge like that, that there wasn’t anything down at the bottom of the Grand Canyon but river. Well, he proved me wrong. Men dance on the edge of the abyss, not even thinking about the mess they’ll leave behind.

From the moment Sam hit that rocky bottom, my world changed. It didn’t help that the stock market went splat, just like Sam, shortly thereafter. I have held on to my 1940s St. Paul bungalow by judicious spending, prodigious coupon clipping, and lowering the thermostat. It’s not so bad. Zoey the cat and I burrow under the down blankets and listen to the snowplows at night.

My one worry is the Christmas lights. Electricity is expensive, and I simply MUST have at least 5,459 lights. That is the number smothering Jenna’s house, trees, and that tacky plastic North Pole diorama. She’s been bragging all over the neighborhood about this year’s display. If I can’t produce one light more, she will win.

“You and Jenna have been competing with each other since the cradle,” Sam always said.

It was true. When we were four and I took the crown at the Beautiful Babes Contest, Jenna threw a tantrum, ripping out all her pink hair bows. But she came back swinging at the State Fair when we were sixteen, becoming one of the beloved dairy princesses. As I fumed, my mother said, “Now be Minnesota nice, Abigail. Besides it’s cold sitting in that freezer getting your likeness carved in real butter.” I wanted to knock that tiara off Jenna’s butter head with a hot dish.

And that’s the way we’ve gone on for fifty years: frenemies. Neither will be the first to let our hair turn gray or admit our true age. She even moved in right across the street from me. Her house is bigger than mine, and newer, but mine is an original Craftsman, not one of those knockoffs.

I tear my gaze away from Jenna’s house and stroke the cat sleeping on a nest of bills. I pluck the electric bill from the pile. “Zoey, where can we get a hundred dollars for my lights?”

“You could skip the lights this year,” Sam would say.

Outside Jimmy, the boy from down the street, is doing Sam’s old job. He is my new light man. He lifts and untangles and hammers and strings. It will take him two days, and I just hope he knows his way around a roof.

While Jimmy works on the lights, I walk to the hair salon. This time of year, I always take a route that passes the Black Rooster because it offers one heck of a Christmas display. As I’m taking in the decorations, I peek through the diner windows and see Bennie Nordgaard, Jenna’s husband, in a booth, giggling and patting the hand of a woman who is at least twenty years younger. He glances in my direction and jerks back his hand. I raise an eyebrow. He looks away.

That night I can’t sleep. Zoey is hogging all the covers. She is fifteen pounds of Maine Coon dead weight. I look like crap the next morning when Jimmy knocks on the door. He spends another day untangling and hammering, finishing about four o’clock. He has tested his work and swears that every one of my 5,460 bulbs is working. Five thousand four hundred and sixty—I make Jimmy count them twice.

That evening I bundle up and go outside to stand in the street and bask in the glow of my Yuletide extravaganza. Before long, Jenna joins me. As she stands beside me, the smell of her Chanel reaches across to me in the cold. We both stare at my house. I cross my arms. She crosses hers.

This is when I do the victory dance in the packed snow. I have the numbers and the money to keep them lit. But for some reason, I don’t jump to respond. I find myself thinking of the blonde in the booth at the Black Rooster.

As Jenna minces her way across the icy walk back to her house, I return to mine. Zoey greets me at the door. I bend to stroke her then whip off my hat and shake out my hair. I examine my gray roots in the mirror. Sam had been pushing me to go au naturale for years.

A dye job at Missy’s Mane Event costs about a hundred bucks.

If this story brought some holiday cheer to your busy day, please take a moment more and check out some of Sherry’s other fiction: