This is an excerpt from Down Dog Diary by Sherry Roberts. 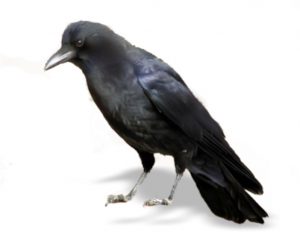 James Tumblethorne, known as “Tum,” was not an easy man to kill.

On a crisp February morning with the haze still embracing the hills outside Taos, he woke exhausted, tied to a wooden kitchen chair. He remembered the knock on the door and then the jolts. Lifting his head, his long gray hair in his eyes, he saw he was not alone.

In Tum’s small adobe home, there was little room for chaos—either physically or spiritually. It was just two rooms, the kitchen/living area currently being demolished and the bedroom. He always kept his home tidy and calm. He had built this refuge with his own hands, hauled the oven up on a sled behind his Harley, made the windows intentionally large to welcome the peace of the mountain. And now the peace was gone.

Suit One in the living room was frustrated; he heaved Tum’s sacred drum against the wall and kicked over the coffee table, scattering stones and feathers across the Navajo rug. Suit Two, in the kitchen, flipped through Tum’s Killer Sudoku book then ripped it in two with a growl. Tum heard the crunch of pottery, saw it was his favorite bread-making bowl, and swore. He pulled at the plastic restraints that bound his arms behind his back.

Tum had been Tasered before. There’s no forgetting the unbearable pain that hijacks the central nervous system. Fifty thousand volts passing through the human body is not pleasant—muscles lock, body slams to the floor, and afterwards, the muscles tingle and twitch like a fish on a dock. Tum had never passed out before from being stunned, so someone must have clobbered him when he was down. His head ached.

There were grown bears smaller than James Tumblethorne. He was not a helpless man. His tattooed bulk sported numerous souvenirs from sharp knives, broken bottles, splintered chairs, brass knuckles. That was before he found peace in the mountains and high deserts of New Mexico, before he became one with Spirit. Before he began to follow his calling to become a shaman.

Tum tugged again at the plastic handcuffs. No featherweight, he still pumped iron at the age of seventy-two; his zapped deadweight body must have been a bitch to drag up from the floor and position in a chair. The thought made him smile. He hoped the bastards got hernias.

Suit One, the guy handy with the Taser, ripped a dream catcher from the wall and tossed it aside. He leaned over Tum, shouting, “Where is it, you crazy old man? Where is it?” Tum could smell him, frustration mixed with some fancy cologne. It made him want to sneeze.

The Suit paced behind him, gulping deep breaths, trying to calm himself. Tum sure as hell didn’t want to go out at the hands of a Suit. He always thought the end would come as he sat in his ceremonial kiva, praying to Spirit. He’d imagined his body old and tired from this journey but his spirit happy and calm. He’d imagined Great Spirit lifting him on the wings of a circling crow. He did not want to be delivered to Spirit in the claws of a vulture.

The man circled the chair and came to a stop in front of Tum. “The shaman’s book. I want it. Now.”

Crashes from the bedroom. More ripping sounds. There went his mattress. Tum sniffed the air and glanced at the oven. His sourdough bread was burning. He loved making bread, working the dough with his big hands. It was a peaceful activity. And these guys were ruining it.

The men had neglected to tie his feet, a mistake he could work with. He might just get out of this after all. When the Suit leaned into Tum’s face again, Tum kicked out, sweeping the man’s legs out from under him. The Suit tumbled to the floor. With a roar and an explosion of energy, Tum splintered the chair spindle he was tied to, powered himself to his feet, and aimed a kick at the man’s head. But the man was quicker than Tum expected. The Suit recovered, grabbed Tum’s boot, and twisted it. No hands free to catch him, Tum crashed to the floor like a falling tree. The Suit jammed the Taser into his chest. Two jolts left him gasping. Weakness flooded his body.
The Suit sneered at him, “Think you can take me, old man?”

The Suit was on his feet now, looking down at him. He aimed a kick at Tum’s ribs. Tum tried to roll away, but his body didn’t respond. The Suit called for his partner, and they pulled another kitchen chair into the center of the room, hauled him up, and wrestled him into it. Pain shot through Tum; one rib, maybe two, broken.

Outside, the crows were becoming unhinged. Something was wrong in the world, and they knew it. One flew against the window making the Suit jump. He nodded toward the door and said to his partner, “Shoot those fucking birds.” No, screamed Tum in his head. Suit Two went outside. Shots split the air. Wings scattered. More shots. Tum closed his eyes.

When he’d left the wild life, Tum needed to be near goodness and light. At the Whispering Spirit Farm, which still stood not far from here as the crow flies over the mountain, he’d found these and been reborn. He’d found them working in the garden, the kitchen, the barn. Taking care of the children. How he loved the children. His friend Nico said he must have been a nanny in another life. He’d been a part of the community for two years when Great Spirit called.

On the day he received the calling, he was hunkered down with his bike under a big old oak, a monster thunderstorm squatting above him. Suddenly, the monster’s lightning fingers flicked the tree, and electricity raced down the trunk, along the roots, and reached up through Tum’s thick black leather boots, flinging him like a doll. When he awoke, he had memories of white light. Did he die or was that just an echo of the lightning’s laughter? He felt different, in possession of a new clarity, of an inner knowing. He realized he had been searching for someone else to heal him, when the truth was inside him all along. He climbed on his bike, pointing it toward home, to Whispering Spirit Farm. What an amazing ride that had been. He saw connections everywhere—between him and the wind and the trees along the road. He saw the interconnectedness of everything, the power we all have inside us, and—for the first time—he paid attention.

The Suit poked him with the Taser.

Tum opened his eyes slowly and stared at the man. Tum would never let the shaman’s book fall into the hands of this sob. The book, a diary, was passed down from keeper to keeper. A healer in Mexico, on his way to meet Great Spirit, had placed the diary in Tum’s hands. Tum had added his own insights and experiences to the book, just as had the shamans before him. But more importantly, the healer had whispered, it was Tum’s job now to keep it safe.

The Suit tapped the Taser against his palm. There was a tattoo on the back of the man’s left hand—a waste of good ink. A skull chomping down on a flaming heart moved in rhythm with each impatient tap.

Tum refused to talk to this piece of shit. He knew silence could be unnerving, maddening—a trick he’d used after biker brawls in countless police interrogation rooms. But these men were not bound by laws and department regulations. Over and over, the Suit with the tattoo sent Taser charges ripping through Tum’s body, leaving him gulping for air, more exhausted with each stun. Yet he would not speak. He would not speak of the secrets of the diary, of the lawyer’s office where it was locked in a safe, of Maya Skye.

Tum looked up and saw the Suit had a gun now. It was aimed at Tum’s forehead.

“Last chance to talk,” the man snarled. “No? Well, you big bastard, think on this: I’ll get to your friends, your neighbors, your relatives. I’ll find them. Somebody has that book.”

Tum closed his eyes and sent one final prayer: Spirit, protect her.

And then James Tumblethorne heard the last words he would ever hear on this earth: “Have it your way, you old fucker. Peace out!”

In the quiet of my kitchen, I slid the letter from its envelope. Sadness still rose in my throat, even though I’d read it many times. The letter began, “If you’re reading this, kid, I’m wiggling up the cosmic stream like some fat old tattooed salmon. Sorry to leave you with a mess . . .”

That was the way my old nanny, James Tumblethorne, said good-bye.

Tum roared into my life when I was four, a bigger-than-life man on a huge, noisy machine. He had barely booted the kickstand of his motorcycle into place before he swept me into the air and asked me my name. Our connection had been that instant—he knew it was right to snap me up, and I knew it was right to trust this wild stranger. And now he had left me, the daughter he never had, the one he’d guided and loved like no other.

The hole in my life was big enough to drive his Harley through.

Sniffing, not bothering to wipe the tears from my cheeks, I smoothed the paper Tum had touched, my fingers tracing its amazingly lovely penmanship. Where had a man who was more likely to use his hands to break a jaw than push a pen learned such graceful loops and elegant swishes? I loved the way he made the “y” with a flourish, as if my name deserved special care.

I am Maya Skye. I am named for a civilization that tracked celestial bodies without telescopes or computers, that built enormous and beautiful architecture, that developed a written language while others were still grunting. But they also cut out the still-beating hearts of young girls to appease spirits, and they decapitated the losing team in sporting events. In some ways, I am very much like the Mayas: a bloodthirsty stargazer.

This is a problem for one dedicated to enlightenment. I am a yoga teacher. My calling is to help others. I do not take this responsibility lightly, no matter the karmic consequences. It has always been this way.

Whenever I fought with some other kid in the commune, filling Whispering Spirit Farm with all manner of violent vibes, I’d flee my mother’s disappointed eyes and seek out Tum. He would lift me onto his massive shoulders and warn in a gruff voice eroded by years of cigarettes and bar smoke: “Kicking ass will catch up with you, kid.”

What happens next? To read more, order Down Dog Diary today. Available in eBook and paperback. And check out Book Two in the series: Warrior’s Revenge as well.

If you can’t find my books in your local bookstore, ask for them. Ask your local library to carry my books in their collections. Thank you for being a reader and supporting not only my work but those of many authors.