Where Ideas Come From: A Lesson from O. Henry

Unlike O. Henry, most of us are not short story factories.

We stare at blank screens and wonder if our writing lives are over. What if we never get another fresh idea? What if that last essay or story or novel was it?

Let’s look at how O. Henry defeated the blank page. 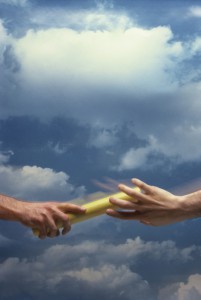 Once while dining with friends at a restaurant, O. Henry was asked by a reporter how he came up with all the plots for his hundreds of short stories. “There are stories in everything,” O. Henry said.

He then picked up the typewritten bill of fare and proceeded to outline a story of a lovesick typist reunited with her lost love all because of a typo on a restaurant menu. The conversation inspired O. Henry’s story, “Springtime à la Carte.”

Sometimes when I am stuck, I play a game inspired by O.Henry. I call it the “Connection Game”—seizing on something commonplace and letting the mind make connections. Here’s how it works: choose the first three words that pop into your head and then let your writer mind begin weaving them into a story. Don’t try to write a story. Just let the mind start making connections, pulling in things you have experienced, heard, or read. Trust it.

In one of my games, the words were: rabbit, spoon, and penny. What came when I sat down to type was just a vignette of a homeless man, a war veteran, who was camped in a woods and roasting a rabbit on a spit. In his shirt pocket was a silver spoon. He used the spoon for self-defense but also to dig out the pennies tucked into the crevasses of brick walls.

What did he do with the pennies? Eat them. Because everyone knows we stash pennies in cracks and throw them in fountains to bring us luck. Rabbit Man figured he was eating the good wishes of others when he ate the pennies.

This scene eventually became part of my novel, Book of Mercy. Runaway Ryder hooks up with Rabbit Man for the night and is changed forever.

It Wasn’t Always Easy for O. Henry Either

If you are mired in self-doubt and eating procrastination like chocolate, remember that it happens to all of us. Even O. Henry alternated “between procrastination and fits of feverish industry,” according to Harry Hansen in the foreword of The Complete Works of O. Henry.

All you have to do is stay in the game, perhaps by playing the Connection Game. As O. Henry inferred from his comment to the reporter, stories and storytelling are about connections, and connections are all around us.

Freebie: One of my favorite mystery series is all about connections. Author Estelle Ryan’s autistic art fraud investigator, Dr. Genevieve Lenard, helps solve crimes by making connections. The first book in the series, The Gauguin Connection, is free in eBook.