A Character Dishes on Book of Mercy 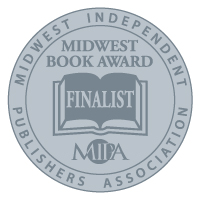 When Book of Mercy was named a finalist in the Midwest Book Awards, I interviewed Antigone Brown, the main character, about her view of this momentous event. She is a mother-to-be who stands up to the book banners in her small North Carolina town, even though she can’t read.

Me: So Antigone how are you feeling about this nomination?

Me: Yeah, it was cool to be nominated. Publishers from 12 Midwestern states submitted 362 entries in 50 categories in the competition.

Me: Why do you need validation?

Antigone: In the fiction world, as a female lead character, everybody is comparing you to either Scarlet O’Hara or Katniss Everdeen.

Antigone: Yes. I only take on a group of highly influential women removing “undesirable” books from the school library . . .

Me: And don’t forget the pie thrower.

Antigone: How could I? I’m still washing that banana cream out of my clothes. But Scarlet in Gone with the Wind faced down the Union Army, and Katniss in The Hunger Games outmaneuvered mutant killer wasps. Tough competition.

Me: Personally, I hate contests.

Antigone: I’m with you. But we live in a world consumed by contests, from sports to American Idol and the Academy Awards.

Me: Still, I’m sorry I didn’t pit you against hordes of fighting men or an evil empire.

Antigone: Irene (the leader of the censors) was evil enough.

Me: Cheer up. You have a secret library. I doubt Scarlet ever read a book, and Katniss was too busy trying to feed her family.

Antigone: Yes. Bookhenge. Nice name for a library, by the way. But back to all these contests. I’m beginning to wonder what my child will be compared to.

Me: You’re always worrying about that baby.

Antigone: Of course. What’s a parent to do?

Me: You have many agonizing years ahead of you. There will be school recitals and pageants and spelling bees.

Antigone [shudders]: Kids called me a loser because I had trouble reading. I don’t want that for my child. I don’t see why we have to make comparisons at all.

Me: Because if you lose, it is supposed to make you try harder the next time.

Antigone: You mean, in the next book, you’ll try to write a better me?

Me: There is no better you. I will write a different you.

The Midwest Book Awards are sponsored by the Midwest Independent Publishers Association.

Book of Mercy also has received the Awesome Indies Seal of Approval. This is like the Good Housekeeping Seal of Approval only much better because it’s not about the best board game or a super skillet or an incredible iron. It’s about words and readers and writing.

If you enjoyed this post, please subscribe to this blog, make a comment, or check out Book of Mercy. It would make Antigone happy, but please don’t compare her to Scarlet or Katniss. She gets touchy about those folks.